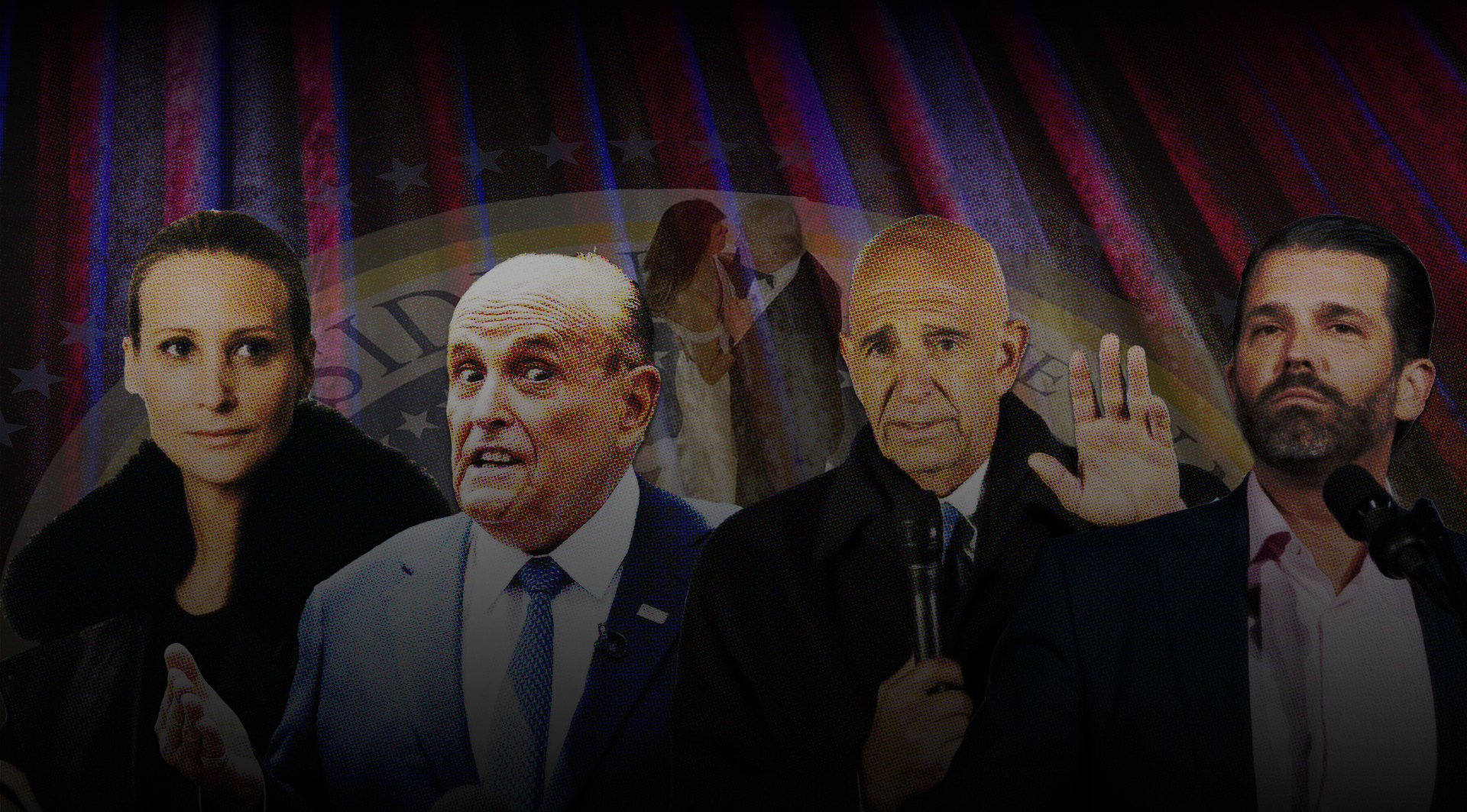 Seven Days in January invites listeners behind the curtain of power, offering a front-row seat to the shadowy deals and whispered arrangements at the heart of President Donald J. Trump’s inauguration. Deals of global consequence brokered by some of the world’s most powerful that have remained largely unreported and unheard — until now.

Featuring selections from more than a dozen hours of exclusive audio intended for a reality TV series that never aired, this investigative podcast series follows a week of elaborate events planned around Trump’s 2017 inauguration — and the players who made it happen. In its wake, the 58th Presidential Inaugural Committee brought forth a riptide of criminal indictments and at least three ongoing investigations into those closest to Trump.

As January 20th approached, protestors from around the country swarmed Washington, D.C., gathering around the nation’s most sacred monuments. Within these halls of power, however, a far more troubling and secretive pilgrimage was taking place.

The inner-sanctum of some of the world’s most powerful figures in business, entertainment, and politics, where Seven Days in January transports listeners, like a fly on the wall.

We’re there for each clink of a champagne glass and tuxedoed whisper as they echo across the domed ceilings of ornate ballrooms, filled to the brim with the world’s elite saying things the public was never supposed to hear.

Yet here they are: a motley crew of ambassadors, despots, powerbrokers, royalty, private equity, lobbyists, operatives, casino magnates, and beyond. All looking to please or influence President-elect Trump, while those closest to him undermine the United States of America by pimping out the office of the presidency to the highest bidder.

Prologue: A Man and a Microphone

Amazon Studios was on the cusp of green-lighting a reality TV series centered around Donald J. Trump’s inauguration; audio engineer Eric Rosas was hired for the production but was stiffed on payment — his signature forged on an NDA he never saw. Eric Rosas shares this historic audio with Rocco Castoro, Emily Molli, and Rob Waldeck of investigative journalism outlet The Knows, recounting what he witnessed during the fateful week of Donald J. Trump’s inauguration. A week that’s still being dissected five years later in the form of at least three ongoing federal investigations and countless scandals that continue to haunt many featured on the recordings.

Associates of Mark Burnett and Elizabeth Koch feverishly worked all sides of a deal for Amazon Studios to produce a reality series about Donald J. Trump’s 2017 inauguration — one that evaporated as quickly as it appeared.

Chapter one: Chairman of the Ball

Before billionaire real estate magnate and chairman of Colony Capital Tom Barrack posted a $250 million bail and was fitted with an ankle GPS tracker after being indicted for allegedly violating foreign influence laws, Donald Trump put him in charge of the contribution-funded but publicly accountable 58th Presidential Inaugural Committee.

The PIC's dealings are at the center of multiple investigations, with much of its funding under scrutiny as potential instruments of improper foreign influence over elements of the Trump administration and other potentially illicit instances of unjust enrichment by Trump’s children.

We also delve into Barrack’s shadowy history working for Saudi princes, and how it all dovetails with his decades’ long relationship with Trump and his disgraced former campaign manager Paul Manafort.

Connect the dots between UAE and Russian foreign influence with our analysis of the “long-lines” relationships of Trump confidant and indicted billionaire Tom Barrack.

"Daddy, Tom Says We Should Get Paul"